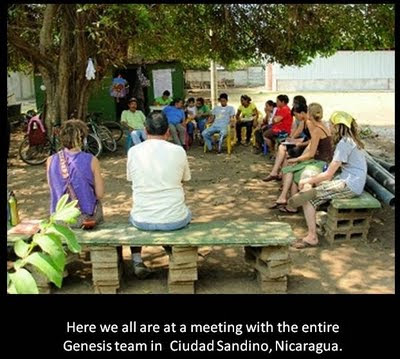 Genesis is an extraordinary female-dominated, worker-owned spinning cooperative dedicated to community economic development, the advancement of workers’ rights and the protection of the environment. Located in Ciudad Sandino, one of the poorest cities in Nicaragua with an 80% unemployment rate, it is one of several “worker-owned” cooperatives formed and funded by Jubilee House Community Inc., a nongovernmental organization (NGO) and its project the Center for Development in Central America (JHC-CDCA).  Comprised of 18 members (15 women and 3 men), these workers spent an incredible four years building a 15,000 sq. ft. factory (about half the size of a football field) from the ground up with their bare hands, one cement block at a time. The labor for construction was their contribution and is what Jubilee House Community Inc. describes as their “sweat equity buy-in to the cooperative.” 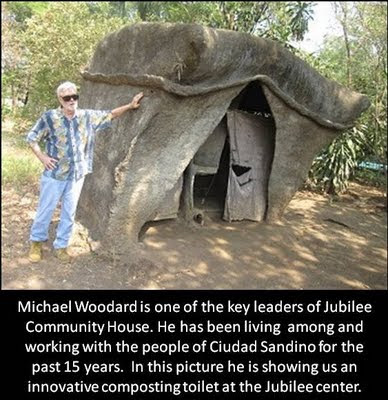 Genesis emerged to meet the needs of its former sister cooperative, Nueva Vida, a women’s sewing cooperative that makes organic cotton clothing for fair trade companies in the U.S. (such as Maggie’s Organics) and Europe. It is also recognized as the world’s first certified worker-owned fair trade zone. The Fair Trade Zone provides sustainable employment under humane working conditions, and is fully owned and managed by members of Nueva Vida.  Also located in Ciudad Sandino, Nueva Vida is now running completely independently of JHC-CDCA. In 2007, 8 years after it was launched, Nueva Vida experienced an explosion of growth in sales, but lacked an ongoing supply of cotton cloth to keep up with the new demands. JHC-CDCA identified and organized another group of dedicated local individuals to form a spinning cooperative that would spin the organic cotton into yarn. Thus, Genesis was founded to be a fundamental link in the production chain of organic cotton, which will spin the cotton bought from Nicaraguan cotton farmers at fair prices and then sell their yarn to Nueva Vida in the Fair Trade Zone.  This will help reduce costs and turn-around time for clients. 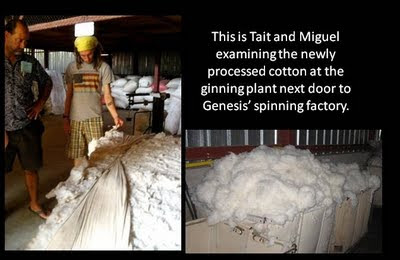 The story of Genesis is one of triumph, despair, resiliency, and hope for a better future. In February 2007, JHC-CDCA helped the group secure land and all the materials required for construction of the spinning plant. Forty-six members began work with cement blocks and iron beams to build the factory. Within 6 months, their membership was down too 36 members, and continued to drop until it reached the current 18 members. In between building, JHC-CDCA provided workers with opportunities for training in a wide range of skills and expertise. As a worker-owned cooperative, members have been required to complete countless hours of training in construction, business management and administration, accounting, marketing, gender equality, health issues, teamwork, communication, conflict resolution, information technology, and business/cooperative law. 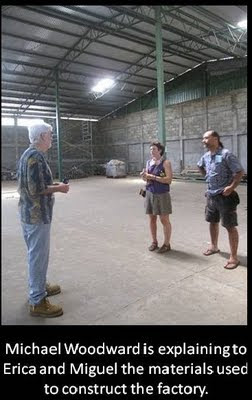 While the spinning facility is finally complete and they have gained the legal status of a true cooperative, Genesis cannot begin their operation due to a major recent setback. In 2010, the group was swindled out of $150,000 by a U.S. broker that promised them spinning machinery and failed to deliver. As they await the ruling of the lawsuit against the broker and another offer of spinning equipment, they are designing alternative income generating projects such as jewelry making to sustain themselves and their families.

Unlike similar groups visited in Costa Rica during this study, Genesis is still in the development stage, and has not yet begun business operations. This is of particular interest because all other organizations visited as part of this comparative study have been in their production phase and already overcome their biggest barriers early-on. In contrast, here is a group that is still in the initial stages, but has already achieved a tremendous amount: The construction of a factory, the legalization of their cooperative status and the innumerable life skills that are transferable to every facet of society. They worked extremely hard for over 4 years and are so close to realizing their dream.  For the moment at least, their plans have come to a screeching halt. Yet, despite the long delay that may await them, the cooperative maintains an impressive level of optimism and continues to grow together. 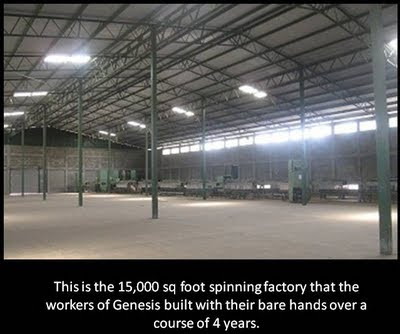 The 18 members of the cooperative range from ages 21 to 69, and have devoted nearly all of their time and energy to the effort without pay because they feel they are part of something positive and important for the community. Moreover, they truly believe in the value of working hard to fulfill one’s own hopes and dreams. At the heart of this cooperative lies the values of mutual assistance, responsibility, democracy, equality, equity and solidarity. During the visit, each of these values resonated as they expressed their thoughts and immense gratitude for all of the opportunities they have been presented with. Here are some of their stories…

Pablo is 44 years old with a wife and 5 children. He described how difficult it has been to do this type of work. They have endured years of working in the hot sun and no salaries. His family has reprimanded him for failing to bring home income. However, “what I see is a bright future for my family and I have had to explain that to them.” 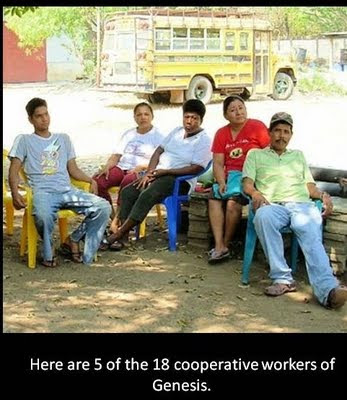 Martha is a 45 year old proud mother of 4 children. She claims the project has been a huge sacrifice but also emphasizes the many benefits they have gained such as the educational opportunities through numerous workshops. It is true they have no salary and they have families to maintain, but they love this project and have used their newly acquired skills to create side-jobs such as selling juice, tortillas and bread to the community. “ I thank GOD and the foundation for this project and hope we are in the final stages of making our dream a reality. I believe that a better future lies not too far ahead.”

Milagro is another female member who spoke of the how the group reacted when they discovered the spinning equipment betrayal. “Imagine the deception we felt when the long waited machines finally arrived and they didn’t work. Our spirits collapsed, we fell into a depression, but we united and felt intense strength in our unity. A friend taught us how to make jewelry to sell to groups of foreigners that frequently visit our project. The idea gave us hope and something productive to do while we wait for a new set of equipment. It’s funny how we learned how to build a factory with our bare hands and now we’re learning to make jewelry. It feels good to transition into a project that is more feminine and makes us feel like beautiful women. Our children are helping us as well. We have taught the skills we learned to them and they in-turn help us. We’ve also learned a lot from each other during the 4 years we’ve bonded. While we live with this pain and betrayal, we continue and here we are still…”

These words vividly illustrate the remarkable strength and resiliency of the cooperative workers. Coming from extremely poor backgrounds, having labored for years without monetary compensation and waiting patiently for their machinery, they still manage to see the unique, beneficial value in their work and continue to move forward together.


NOTE: A directed study comparative analysis paper with further details on this and similar sites is available here: Achieving Sustainable Development Through Women's Entrepreneurship: A Comparative Study of Social Microenterprises in Costa Rica and Nicaragua.