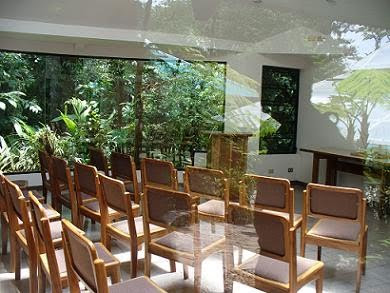 Classroom Facility
Here is a picture of one of the classrooms at Nectandra. The facility was put in as an education center for the community. Although Nectandra’s entrance fee is a bit pricy, ($50 for non-locals/$25 for locals) Mrs. Lennette welcomes many young students and members of the community as complimentary guests. It should also be noted that when groups come for free she still must pay the staff to have all of the facilities open. Not only is she not making any money, but she is spending money to let people into the reserve. One of the most interesting aspects of this classroom is a table which has molds of various footprints found in Nectandra including; Jaguars, Tapirs, Peccaries, Pumas and Ocelots. These species are very rare in Costa Rica today, due to deforestation and poaching. Visiting the reserve gives visitors the opportunity to understand the importance of protecting natural habitats like Nectandra. I will also note that when I visited the reserve and did a hike on one of the trails, Alvaro Ugalde and I were able to see two wild peccaries, wondering around in the forest, stuffing their snouts under some dead leaves, looking for tasty insects. They did not notice us because we were up wind, but we sure got a whiff of them! It was amazing to get to see these rare mountain pigs because they normally are nowhere near where humans are, and are also quite endangered. The peccary is the main source of food for the “elusive jaguar” and the decrease in prey has lead to a decrease in the jaguar population. So seeing them was a sign of good things to come. One hopes at least! 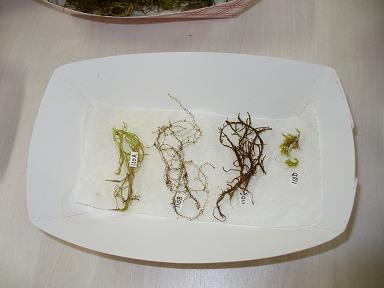 Sample Moss Diversity
This is a picture of what was once a clump of mosses, which appeared as one. As you can see, there are now four. Mosses have a tendency to layer and build off of one another. Mrs Evelyne Tam Lenette (resident biologist and reserve owner) is using these samples to study the morphology of spores. It is in through spores that moss spreads and speciates. With the same samples, she is also studying the types of mutualistic relationships exemplified here by their compound building. All specimens found are dried and put into a herbarium for later comparison with new discoveries. 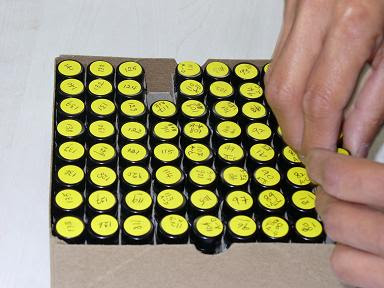 Species Identification: 117 Moss Species
Here is a picture of the inventory of mosses which have been identified at Nectandra Reserve. There are 117 present here in Nectandra of the roughly 450 that thrive in Costa Rica. This is pretty impressive for a 300 ac/sq property. Moss is the most important element in a cloud forest because it allows for the capture and slow release of water to trees and plants. The climate has actually been changing over recent years, including fewer clouds and less precipitation annually, which leads to extensive dry periods, even out of the dry season. This in turn is detrimental to the moss populations. The dryness is the result of the deforestation of the San Carlos plains below. Moisture is sucked out of the clouds as they pass over the plains, before they make it up the slope to the cloud forests. Evelyne Tam Lennette, resident biologist and reserve owner, diligently works to have a substantial index for species abundance. 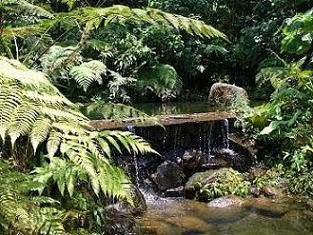 The Art of a Forest (With a Little Assistance)
Here is an example of the lovely landscaping at Nectandra, designed by Arturo Joaquin. Arturo is not only the resident naturalist, but administrator and tour guide as well. He is an excellent guide through the reserve because he knows every meter of it. When landscaping, he went through the deep forest and brought samples out to plant in trail-range so that visitors could have an idea of what is found in the preserved primary forest. The area which contains the trails and facilities is known as “the garden” and this 4 ha area is the only area that the public is allowed to visit. The remainder of the reserve is for scientific research and, of course, preservation of the ecosystem in its natural state. 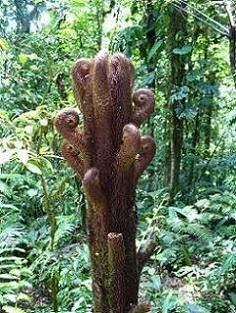 The Glorious Tree Fern This is the lovely tree fern, which is found abundantly in the cloud forests. Healthy cloud forests are highly precipitous places, at an average elevation of about 1100m and a tropical climate, that provide homes for hundreds of thousands of species and countless environmental services. Mrs Evelyne Tam Lennette was specifically looking for a cloud forest when she decided to purchase & establish Nectandra because they are among the most unique and rare of all forest types. They make up only 2.5% of all forests, and when Mrs. Lennette was in the process of buying the property 7 years ago, they accounted for 3%of world forests. Deforestation for agriculture and climate change will wipe this precious ecosystem out before the end of the century, unless rapid action is taken. Mrs Lennette hopes to use the reserve to raise awareness of the importance of preserving such forests, by asking people to come in and familiarize themselves with the forest. It makes me think of how one would react when engaged in war: As a combatant, it is most likely a lot harder to kill someone you have met and know, then a faceless enemy. Her goal is for people to know their environment and recognize all that lives within it. 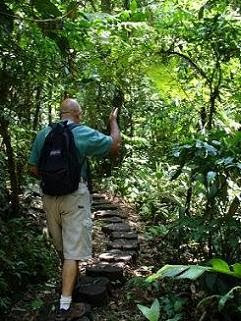 Alvaro Ugalde (My Hero)
Here is a picture of Alvaro Ugalde, as we were hiking along one of the trails in Nectandra. Alvaro has played an instrumental part in conservation of natural habitats in Costa Rica. In fact, he and one other man were the activists who initiated the National Park system of Costa Rica, back in 1970. He not only helped the Lennettes to find and acquire this property, but he is now president of Nectandra. His efforts are specifically focused on involving the community in protecting their shared watershed (Balsa/San Carlos). This watershed is one of the largest and most important in all of Costa Rica. He is constantly thinking of innovative ways to engage the community as a whole in conservation and sustainable practices, while using the resources that Nectandra has to offer. Examples of projects in action are the H20 Championship, which is sponsored by Nectandra. The championship consists of 'futbol' (soccer) teams from various sub-watersheds competing. Winners receive trophies, new uniforms and free park admission. This event has the potential to raise the awareness of at least 160 people. Another project is the E.L.F. (Ecological Loan Fund), which provides loans for land and watershed restoration projects. There is no monetary interest with the loans, & interest is paid off in labor of the land.