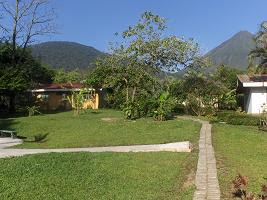 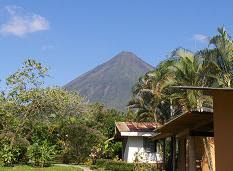 Las Cabinas
In this picture you can see the Cabinas that were part of the original construction of La Catarata. In the beginning they only had eight cabins and a restaurant. They had no previous experience in running a tourist accommodation, but they did so well with their first customers that the customers wrote to Lonely Planet and raved about how this was a must see in Costa Rica. 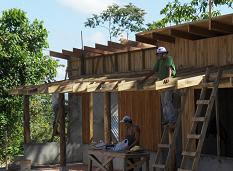 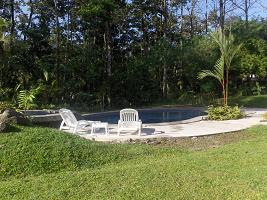 Pool Party
This picture shows the pool at La Catarata Ecolodge. It was added to the grounds a few years ago. When the Ecolodge first came into being, the women running it had to bring bed materials and cooking supplies from thier houses, because they didn´t have the money to buy them. Eventually enough profits were made to reinvest in project. This pool is an example of how for they have come since the beginning. 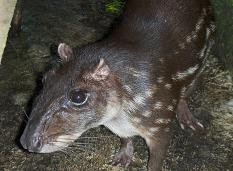 Paca
This is a picture of a native species of Costa Rica. It is a Paca. La Catarata has started multiple projects over the years to give back to the environment. This mammal is an endangered species and the people at La Catarata have been trying to breed them back into a sustainable population. This is just one of many projects they have started to improve the environment. 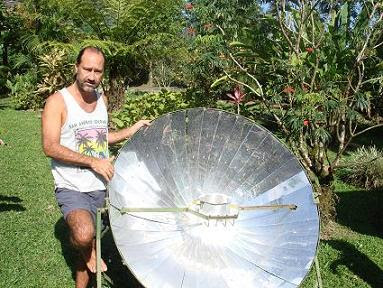 Solar Cooking
A very cool contraption on the grounds of La Catarata, this solar cooker, as displayed by his awesomeness, Dr. Miguel Karian, is another environmentally friendly addition to the Ecolodge. In this photo, our professor, Dr. Karian, is teaching of the effectiveness of solar cooking and the science behind it. This is a ´parabolic dish´system. There are many more systems that all rely on the same basic principle of harnessing the sun´s radiation to produce heat for cooking.