Ecotourism: Responsible travel spurred out of curiosity; fosters environmental and
cultural understanding while maintaining and striving to enhance the integrity of the
biological, sociocultural elements of the locale.- Heather Haj, 2014

A Matter of Purpose and Place: Culturally Appropriating Ecotourism
Central America has endured arduous centuries of warding off their Northern neighbors. In 1856, William Walker and his filibusters embarked on an imperialistic attempt to enslave Central America. Not long after, banana plantations owned by the United States, (most notably the United Fruit Company), established roots in Central America, ushering in the banana republic phenomenon that dictated Costa Rican policies, culture and economic practices. However, today Costa Rica is viewed as the jewel, or “Switzerland of Central America.” Everyday, thousands of foreigners eager to snorkel the waters, surf the beaches and get a glimpse of Costa Rican wildlife, are shuttled into and out of the country via the Juan SantaMaria airport in San Jose. Many are oblivious to the statue of Juan Santamaria that is erected in front; it is ironic that the man that was widely known for ousting foreign invaders less than two centuries ago, now welcomes hundreds of thousands of foreign tourists yearly. Tourism has been embraced by Costa Rica, a country that has worked diligently to promote this segment of its economy. While the government has positively responded by enhancing preservation efforts within national parks systems and improving infrastructure, increasing tourism has led to many obscure changes within the country. While it may seem innocuous to many, tourism has affected the social and cultural thread of the nation. Recently, tourism has replaced bananas as the country’s most significant source of income; leaving the country with little choice but to cater to tourists and their demands.
Mass, Nature, and Ecotourism: Competing Paradigms
It is first best to be able to examine the differences between different types of tourism. Mass tourism is the most common form of tourism. A typical European or island vacation would fall under mass tourism. Sightseeing, being caravanned around in a van, all-inclusive resorts, hotels, and tour guides are all typical of mass tourism. Mass tourism, while increasing government revenue, has few redeeming qualities for the destination region, their people, and the natural resource base. If a traveler books a reservation with a U.S. travel agent, flies on a U.S. carrier, stays in a foreign owned hotel, eats in nonlocal establishments, the bulk of these dollars do not circulate locally, and thus do not promote local development.
Ecotourism is inspired by the natural history of the area, including indigenous cultures, and possesses the following characteristics: traveling to a natural destination, minimizing impact, building environmental awareness, providing direct financial benefits for conservation, providing financial benefits and empowerment for local people, respecting local culture, and supporting human rights and democratic movements. Ecotourism incorporates appreciation for nature, participation in field projects or activities, and sensitivity to culture. Contribution is paramount to ecotourism. Contribution of the ecotourist involves physical labor or providing financial means aimed at benefitting the conservation of the field site or region. This was exemplified during our visit to La Mariposa, an eco-hotel that we visited which strongly encourages guests to work on one of their community projects during their stay.
Nature tourism should also not be confused with ecotourism, as the scope of nature tourism is too broad and does not specifically address the objectives of the ecotourist. Nature tourism is composed of travelers who simply travel for the purpose of enjoying undeveloped natural areas and wildlife. An ecotourist is not merely an observer, but a shaper. The experience of the ecotourist is shaped by the impact they have on the community. At the rudimentary level, an ecotourist travels for the intrinsic nature of experience, not business or hedonistic pleasure. Ecotourism directly contributes to the maintenance of species and habitats by providing revenue to the local community. This revenue is sufficient enough for local people to value and protect their wildlife heritage, even if only as a source of income. Ecotourists are more willing to endure hardships to secure experiences, whether it be the “do-it-yourself” ecotourist who is willing to stay in a variety of accommodations, fairly mobile, and remains a relative amount of anonymity during their stay or the research-driven ecotourist who is staying in the same region for an extensive period of time.
The Scope of Tourism in Costa Rica
In any locale, tourism can best be analyzed by dissecting the opportunities and constraints present within spatial boundaries. Opportunities include rich, diverse natural environments (coastlines, mountains, rainforests), stable governments that support tourism development, and cultural amenities that appeal to a broad range of tourists. The absence of one or more of these factors can pose constraints for successful tourism; diversification of tourist activities result in regional and spatial differentiation of tourism. For this reason, Tamarindo, a popular beach town, attracts far more tourists than a rural town on the outskirts of the country. 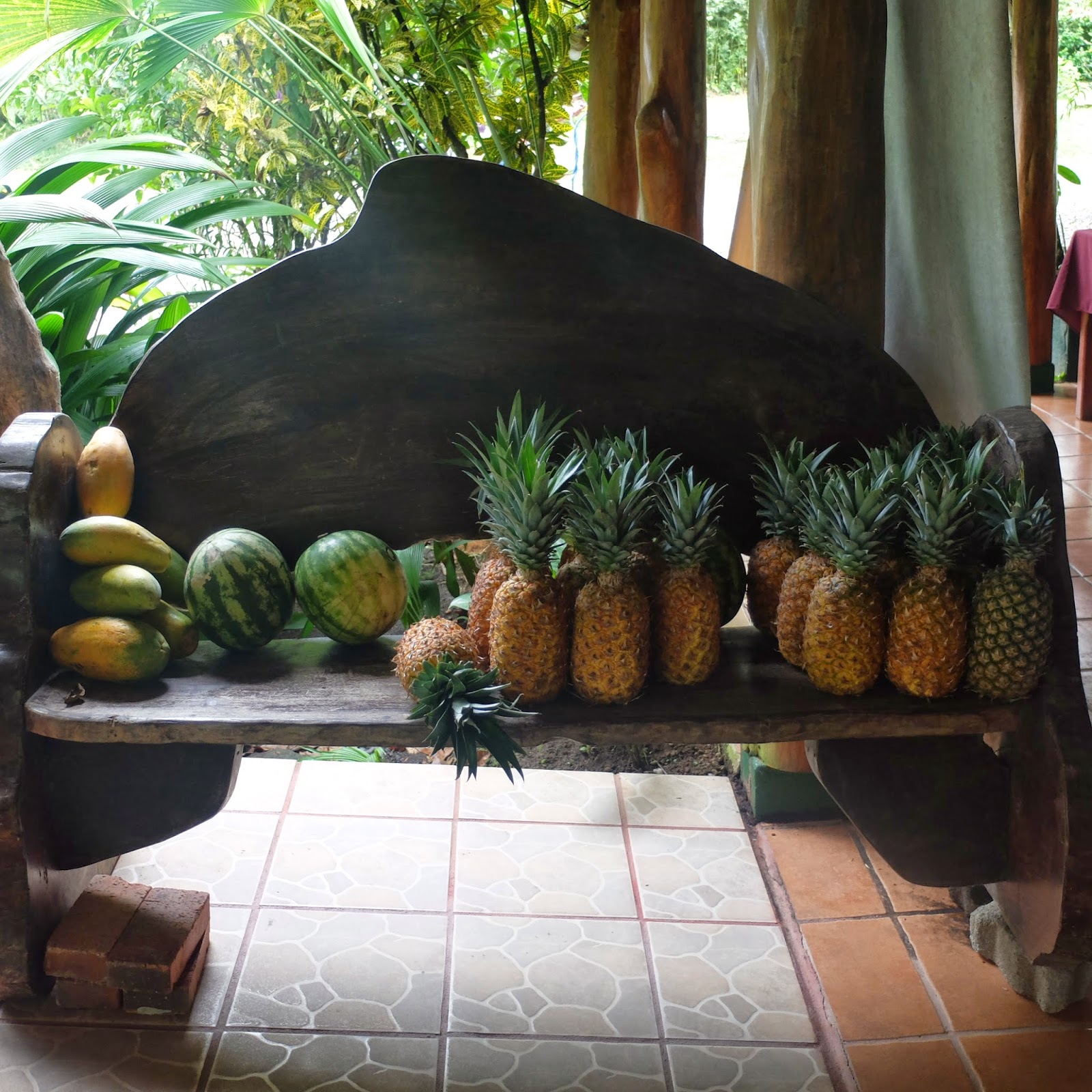 Costa Rica has well publicized idyllic landscapes. In addition, the country is known for being rife with beaches instead of violence. Safety, image and political conditions are an overriding factor when tourists are seeking a vacation destination. Safety significantly correlates with per capita gross domestic product and economic stability. In contrast, Costa Rica has a penchant for pacifism; the country has had one hundred years of democracy and fifty years without an organized military have helped to foster a stable political and social climate that is appealing to tourists. With 230 separate protected areas and an extensive national park system created in 1969, Costa Rica is well positioned to continue building its ecotourism industry.

The Tourist Gaze: Tourism and Cultural Change in Costa Rica
Tourism is a unique and central element in contemporary Costa Rican society, and when examining tourism, it is important to not just focus on tourists alone but to attend to the larger context, the intersection of tourists and locals, and the spaces these two groups overlap. There is no doubt that the promotion of tourism in Costa Rica has led to several desirable outcomes. Most notably, the expansion of ecotourism has created ample opportunities for income generation and employment. In addition, tourism supplies incentives to protect the local environment and cultures, provided these incentives are strong enough to ward off the urge to exploit these resources for short-term gains. Due to this, natural resource conservation of both state-protected areas and private lands are on the rise. However, it is crucial to understand how tourism not only induces cultural change, but also cultural maintenance and cultural consumption. John Urry, a British sociologist and professor at Lancaster University examines the concept of tourism from a sociological perspective and conducted empirical research on the convoluted relationship between the tourist and the “toured,” which Urry calls, “The Tourist Gaze.” It is important to remember that, prior to their arrival, tourists have been informed by the media and other influences on what to expect in their destination. In Costa Rica for example, this may be drinking agua de pipa, as you are blanketed with palm trees above you, and staring into crystal blue waters. This “tourist gaze” sets expectations for what the tourist wants to see, and locals will play up to these preconceived notions. In many cases we focus on the influence that the tourist may have on the rather “hapless” citizens. However, while the tourist gaze and subsequent behavioral practices affect local culture, it is important to remember that “toured” people do not stand by passively. Just as toured people are affected by tourism, they also influence it, try to shape it to their benefit and influence the way that tourists behave. It is economically beneficial to accommodate to tourists, and locals will try to “play up” to these preconceived notions. Over time, the performance of what tourists expect becomes regular to the locals, who have adjusted to living in a tourist milieu. This is notable in the beach towns in Costa Rica. Whether you are on the Pacific side or the Atlantic side, they all seem to have adopted the stereotypical “surf shack” look.


Future Objectives
We cannot attend to matters economic or cultural in Costa Rica without seeing how they are linked to issues in the United States and elsewhere. This holds true for tourism; ecotourism is not stationary, but set within an interdependent world of diversity and differences which vary between time and space; any type of tourism impacts the environment, society, and cultural systems. It is important that when discussing ecotourism, we are doing so holistically, within the larger discourse, encompassing issues such as: environmental and habitat protection and sustainable development. Additionally, tourism has historically been viewed as an “isolated alternative,” to other economic sectors, while the focus of tourism typically primarily remains on the service itself and the customers. When evaluating tourism, such as ecotourism, it is imperative that we do not dissociate it from other economic activities; it should instead be seen as a complementary activity. It is also worth addressing the inherent paradox of ecotourism: at what point is it too much? In the case of Costa Rica, how can we ensure that the continued success of ecotourism does not result in irreparable environmental and socio-cultural damage over time? These are both questions that I have deeply pondered during my time in the program.

Author: Heather Haj
Posted by Participant at 3:00 AM